When a courier company owner starts talking about impressive logistics they’re likely to find themselves standing alone at the party! Stick with me for a second though - because I’d like to tell you about the sheer scale of Chinese New Year – and why it presents some mind-blowing figures around logistics and movement.

(and there's a great discount at the end if you're planning on sending anything internationally soon!)

What’s the celebration about?

Although there are a number of myths and ancient customs that are traditionally behind Chinese New Year, it’s always been considered a time in which people honour gods and deities, as well as their lost family members and ancestors.

Although known as ‘Chinese New Year’ around the world, in modern China it’s more often referred to as the Spring Festival - or occasionally the Lunar New Year.

This year is 'the year of the dog' and the celebration falls on February 16th – given that it relates to the first full moon occurring between January 21st and February 20th. Celebrations will continue for between 7 and 15 days, at which point the ‘Lantern Festival’ will mark the end – and, in the same way a lot of businesses in the UK take a week off over Christmas and New Year, most Chinese businesses will be closed for at least a week too.

Celebration on a massive human scale

In the UK we tend to consider a mass movement of people to look like a Bank Holiday weekend – with a few million people taking to the roads for short breaks or family visits. The movement of people during Chinese New Year is on a whole different scale though – with around 1 billion people making over 3 billion trips during the celebration. The biggest mass migration of people on the planet.

To put that in perspective, this mass travel in China’s week long holiday period is roughly the same as the travel the entire UK does over a 4-5 month period. Around 1 billion people travelling over just 7 or so days. That bank holiday traffic doesn’t look quite so bad now does it?!

It’s not just the movement of people that’s incredible though, the billion people that are on the move during the celebration are giving gifts too – on a scale that dwarfs anything we do in the UK.

Instead of the wrapped presents that we’d traditionally give over the Christmas period, people celebrating the Spring Festival give red envelopes to one another – especially children. Open a red envelope and there’s likely to be lucky money inside – and tradition states that children can spend this money on whatever they want.

Again, the numbers of envelopes exchanged is staggering – it’s difficult to be exact, but estimates suggest that around 4 billion envelopes are exchanged between individuals, businesses and employees throughout the celebration – that’s around the same amount of personal mail and cards the population UK sends in 1 year.

What does it mean to UK businesses?

You could be fooled into thinking that a holiday on the other side of the planet wouldn’t have much of an impact on UK businesses – but given that China is the largest exporter in the world, with products worth around £1400 billion leaving their shores each year, the knock on effect to business with parts of their supply chain in China can be significant.

Of course, the Spring Festival isn’t unexpected – so you can factor it in to your business plans, but you can be almost guaranteed that shipping of goods out of the country is going to be impacted as everyone does the same.

Unfortunately, it’s not always predictable either – Chinese carriers bringing products out of the country can’t always guarantee that your products will go onto the anticipated vessel, so your products might be on track leaving the factory – only to be hit by a delay further down the line.

A to Z and the Chinese New Year

As a courier at the other end of the supply chain, Chinese New Year doesn’t represent any issue for us here at A to Z. In fact, with a wide customer base in one of the most diverse cities in the world, you might be surprised at the amount of Chinese New Year gifts and red envelopes A to Z helps to make their way around the world!

If you’re reading this and you’d like to make sure something special gets to your friends, family or suppliers in China in time for the beginning of the celebrations – we can help.

Not only can we help – but we’re offering a 10% discount for anything you want to send to ANY international destination through our international service between 9th – 28th February 2018. This is for new and existing customers. To take advantage please call or email us and let us know you wish to be included and quote: ‘Year of the Dog’. We will then apply your discount for future bookings until the closing date. It is as simple as that!

Why not get involved with the biggest logistical movement of people, post and parcels in the world and make this the year you join in with the giving of lucky red envelopes - or say thank you to suppliers on the other side of the world! 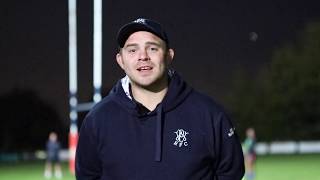 There’s more going on after dark than you might think!

How did Christmas leave your customers feeling?

Packing to beat the weather

How to stay safe when using courier firms

Choosing a courier service – what to consider

Track your delivery driver every step of the way 👀

Going above and beyond – introducing our pallets and storage services